Eurypt cultural beliefs are heavily influenced by their planet's main religion, Sh'ian. There are two separate factions of the Sh'ian religion; Devotionist, and Nondevotionist. While both highlight the need to keep species as individual and unique as possible, the former is an attitude of incredible hostility and anger at outside species while the latter focuses on expressing individuality rather than isolation.

The Eurypt, when raised on their homeworld, are typically raised to be gruff mannered and brutally honest to those around them. Most Eurypt do not lie unless on mission that requires it so, due to the fact that their culture views it as a cowardly and weakling way of operating.

They also prize two things above all else; Intelligence, and physical ability. Due to the fact that the Devotionist Sh'ian is the dominant religion, the Eurypt government often creates it's own weapons and technology using the high amount of practical metals in the mining deposits of Courbohn.

Due to the jungle-like environment that covers a majority of Courbohn (with the exception of the mountains, where the mining deposits are), Eurypts raised on their homeworld place physical ability on a high pedestal. Whether it be significant strength or usage of the many limbs for parkour, their physical ability is something that often is equated into their status/reputation.

Referring to any Eurypt by name it is considered an insult to use only one syllable, since each name is a maternal and paternal clan name respectively, so using only one indicates a lack of individuality as well as implying the Eurypt is half a being. 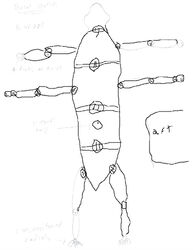 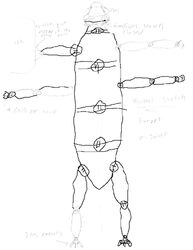 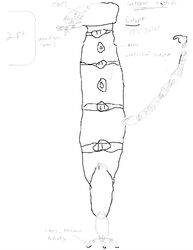 Lateral
Add a photo to this gallery
Retrieved from "https://endlessskies.fandom.com/wiki/Eurypt?oldid=7090"
Community content is available under CC-BY-SA unless otherwise noted.